Does your motorcycle backfire on deceleration? Usually, tuning the carburetor can adjust deceleration back-fire, throttle lag, and rough idle on your bike. 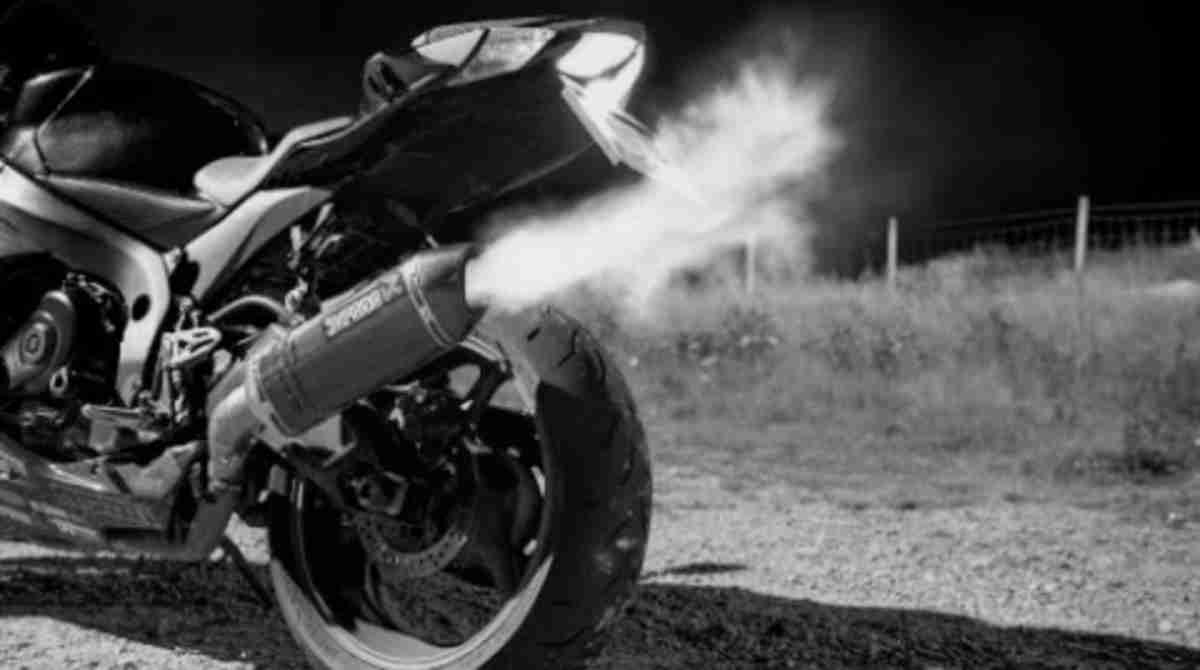 This article explains the causes of the backfiring problem. We’ve also included a video that guides you with the adjustments and how it affects your motorcycle performance. The video guide adjustment guide is relevant for almost any carburetor.

Deceleration back-fire or after-burn: if your motorcycle is carbureted, the common causes include:

Lean air/fuel mixture from your motorcycle carburetor is caused by excess fuel burning in the exhaust piping or exhaust ports from a change in pressure.

Don’t be mistaken: a motorcycle after-burn is similar to a back-fire, which involves fuel burning in the carburetor intake port. After-burn and deceleration backfire take place when a very lean air/fuel mixture burns so slowly in the combustion chamber that when the exhaust or intake valves open, it is still burning.

A constantly rich or extreme mixture that involves ignited fuel in the exhaust piping or exhaust ports will also cause your motorcycle to backfire on deceleration. This is similar to a lean air/fuel mixture with a different cause.

Low compression is another reason why your motorcycle backfires on deceleration. It prevents the motor from burning the mixture at a rate at which the air/fuel mixture is introduced. This issue leads to a slow burn. The effect is similar throughout the exhaust/intake piping and ports.

What does this mean?

If you ride at a constant speed rate, the air/fuel mixture velocity moving through the carburetor is a greater backfire than when the motorcycle is idle.

So, when you suddenly stop the motorcycle, you release the throttle while in gear to allow the transmission to start slowing down. This causes the carburetor to manually try to idle.

Following Newton’s law, the motor RPMs or motion will try to slow down accordingly, which results in a drastic velocity change (back to idle or from high pressure to low pressure) to abruptly slow down the air/fuel mix. This abrupt stop causes the air/fuel mixture to stay in the combustion chamber a little longer.

When this abrupt, abnormal condition occurs, your motorcycle produces a pop noise or sputters out of the exhaust pipes.

Note that after-burn or backfire usually occurs to some extent. However, the reaction gets louder and more noticeable when the case is extreme.

How to fix motorcycle backfire when decelerating

The fix for a motorcycle backfire on deceleration involves tuning the slow-speed mix in the carburetor by means of the pilot (fuel) screw. This will reduce the backfire or after-burn effect. Follow the professional video guide below to know the steps:

Note that this procedure either richens or leans the mixture according to the adjustments (if the carburetor is clean and functional).

The point is to slightly richen the slow-speed mixture. The video above uses the Idle Drop procedure to make the adjustments.

Meanwhile, welch plug removal may not always go as planned. You just need to be patient and precise. Don’t rush to complete the removal though.

You will find the air adjustment screw in the air-bleed passage. This adjustment controls the air flow rate that is delivered to the perforated tube attached to or located above the low-speed fuel jet or idle jet.

Air in the carburetor bore combines with the final air-fuel mixture. In this adjustment screw, you need to turn it clockwise to decrease aeration by enrichening the mixture.

The pilot (fuel) screw is located in the passage between the idle jet or low-speed jet and the idle fuel discharge orifice. This adjustment screw controls the aerated fuel flow rate that is delivered to the carburetor bore.

Similar to the air screw, this adjustment style achieves the final air/fuel mixture ratio after the combination of the aerated pre-mix with the air in the carburetor bore. You need to turn the pilot screw clockwise to increase fuel flow by enrichening the mixture.

When your adjustments make no difference

You can tell a lot regarding the health of your idle circuit system in the carburetor after making the changes. This also depends on the mixture screw you use – fuel screw or air screw.

Read also: starting a bike is possible without key

Suppose you adjust a pilot (fuel) screw. You need to turn it all out from the initial setting to know that nothing changes or that changes only occur after you turn the mixture screw down to the bottom.

You will be able to diagnose the problem if you know how the fuel and air mixture screws affect the air/fuel mixture. You want the mixture adjustments to remain close to the spec setting (2.5-3 turns out).

The rule does not change whether you just added some bolt-on upgrades to improve performance or swapped in a new jet kit for more power.

If there is fluctuation or no change with adjustments, the causes could be:

Make sure to clean your carburetor.

If the RPMs increase only when you turn the screw in completely, the causes could be: 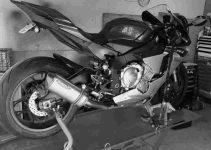 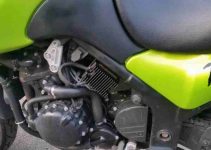