Home
Bicycles
What Happens if You Buy a Stolen Bike Accidentally?

If you bought a stolen bike from a dealership in good faith, you may file a claim against the business because they should have inspected it for theft before the transaction. The dealership may make a refund and sort the stolen bicycle out. You may refer to this authoritative article to learn to file a complaint. Check out USA.gov complaint infographic below:

However, buying a stolen bicycle from a private seller on a platform like Craigslist without knowing is tough luck. You may never find the seller again, and you become liable for the stolen bicycle.

What Happens if You Buy a Stolen Bike?

When you buy a stolen bike unknowingly and is spotted, the police will dispossess you of it and return it to the owner, typically through the insurance. Theoretically, you have a case against the seller – private or dealership, to refund your money. It’s easier if you had the transaction with a dealership because you may never find a private seller to get your money back.

Further legal actions against you would depend on available proof (receipt, chats with the seller, etc) that bought the bike in good faith.

Secondly, your response and other circumstances, including whether you were aware or suspicious of the stolen bike. This factor is considered if the bike price is ridiculous (Craigslist ads, Facebook ads, etc.), the frame number, or any identification is altered on the. Your activities on platforms like Reddit and Quora traced to the bike purchase will also determine whether you bought it in good faith.

Thirdly, the police might suspect that you stole the bike, typically if there’s a sustainable case against you for receiving stolen property or theft.

Is it Worth Reporting a Stolen Bike?

Yes, it’s worth reporting a stolen bicycle. By reporting to the police that you suspect you bought a stolen bike, they can establish a more accurate picture of the bike theft situation. Nonetheless, do not expect too much of it from the report.

Many cities clean up bikes with no owner that were being reported to the police after a long time. The reported stolen bicycle may be among the collection since the original owner could not be located. Sometimes, the bike thief may be caught, leading to more stolen bikes being found in their home.

In this regard, cyclists are advised to take clear pictures of their bikes and note down the serial number. In the event of theft, an original owner can trace their bike easily using available information.

You could always report a stolen bike online because showing up at the police station may be futile. The police may not have enough time to handle minor crimes in person.

Should You Keep a Stolen Bike?

No, do not keep a stolen bike. As mentioned earlier, by retaining the bike, you are keeping a stolen property, which makes you liable for the charges that come with it.

Claiming that you bought a stolen bicycle in good faith may not be reasonable. Besides, saying that you were suspicious of the stolen bike upon purchase makes you guilty of theft. Typically, courts factor in some criteria to determine whether you are guilty of theft or receiving stolen property.

For example, you bought the bicycle way below market value, you have no purchase receipt, you have a past criminal record of theft or handling stolen property, or the identification or serial number has been erased, etc.

In most cities, a city sticker is attached somewhere on a bicycle. Some cities provide bicycle dealership forms where new bicycle owners fill out their bicycle serial number along with a contact phone number, which goes into a database.

The record is intended to prevent bike theft and generate revenue for the state. However, many stolen bikes never return home irrespective of the serial or identification numbers.

Some may end up at police auctions after a long period of finding the original owner.

Depending on your state, the sticker paperwork may be optional, and many biker owners do not bother to obtain theirs. Moreover, the bicycle city sticker may be obtained from places other than bicycle shops. When you buy a bike off Craigslist from a private seller, you may not receive the sticker or related bike registration/identification.

After buying a bicycle you find out to be stolen, and is registered or has a sticker, report to the police, you may file the report online. Typically, the police will impound the bike in a warehouse where they may or may not contact the original owner, especially if the original owner did not provide their phone number in the registration paperwork. Cops might attempt to locate a sticker on the bicycle to get a clue of the original owner.

When the police can’t find the original bicycle owner, they put it in the auctions after a long time, sell and fund the agency with the revenue. In essence, your best bet to find the owner of a stolen bike you bought is to report it to the police. You might find information on the bike that points to someone. In most cases, bike thieves do not spend time detailing stolen bikes, so they sell them without removing any stickers.

Will a Bike Thief Ever Get Caught?

Yes, a bike thief can get caught after you report to the police. However, the chances are slim and a stolen bicycle may be a minor case for cops to invest their energy. The truth is that the police may not afford the number of man-hours it would require to deal with bicycle theft.

Nonetheless, the police will attempt to locate the original owner using available information on the bike. Also, if someone turns up to claim ownership successfully, they regain their bike. The police may inform you if necessary.

Unfortunately, a bike thief may never get caught without much information. And it’s unlikely that you can provide complete information to aid investigation other than that you bought the bicycle from a stranger.

Since the police can’t find the original owner, they auction the bicycle. The police auction off hundreds of stolen, misplaced, or abandoned bicycles in most towns yearly since no owner visits to claim them or the thief can’t be traced. Refer to your local newspaper for bicycle auction days.

Abandoned bikes are common in cities. Some people even go about stealing them and selling them off the online platform. The University of Michigan (Ann Arbor) has staff who inspect the campus bicycle parking racks. They hacksaw the locks off abandoned bikes since people do not return to claim them. Also, nobody cares about whatever they do with the abandoned bikes, except that they may report them to the police, and they end up in warehouses. What happens next? The bikes go into auction.

If you’re caught riding a stolen bike, you may be fortunate that the bike is impounded and you’re freed. You may also prove that you bought the bike in good faith by presenting the receipt, your chats with the seller (if purchased online), and other useful information. Your past criminal record or stolen property possession factor in this regard to determine your honesty or dishonesty.

When buying a bicycle, ensure it’s not stolen. If you have doubts that the bike could be a stolen bike, report it to the police. In cases where the identification or serial number has been removed or altered, there’s little the police can do, except someone turns up with proof to claim ownership.

Don’t exit our site too soon. We’ve covered everything you have to do to sell your bicycle on CL without getting scammed. Also, if you ever find someone riding your stolen bike, do the things we mention here!

Explore Other Categories Below 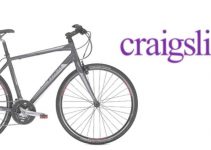 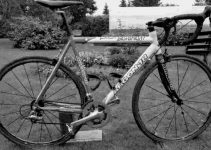