Home
Motorcycles
How to Get a Dirt Bike Out of Impound

A friend’s dirt bike was impounded for riding on the highway. He had only a bill of sale, no title, and the impound lot will not release the motorbike. How was the dirt bike recovered from the impound? Let’s discover how to get a dirt bike out of impound in this article.

It was wrong for him to put a dirt bike on the road, but it was to put air in the tire. Moreover, an officer told him he could ride on the streets by houses.

He was just a block over from the house when the motorbike was impounded. Since he had no title, he inquired about retrieving the dirt bike without a title but was advised to get a bonded title. A bonded title takes about 3 weeks, and the impound lot will charge $20 per day.

This research includes recommendations by Brent R. Hardy, a Criminal Defense Attorney in San Antonio, TX. His comment on getting a dirt bike out of impound aided the recovery of my friend’s dirt bike.

What Happens When My Dirt Bike is Seized?

When a dirt biker is caught, they receive a ticket up to a $75 court fine, depending on the state. The bike is not impounded unless it involves a serious crime or violates regulations.

In Connecticut, the cops will give the tow company written instructions not to return the dirt bike until a police officer verifies ownership paperwork. It may not be the case in your state, but it is typical in most states for the cops to inspect dirt bike ownership at the tow yard before release.

Depending on your state, district managers will be the point people for this sign-off. After you contact the police, the district manager will assign a cop to meet you at the towing company to verify your paperwork.

How to Get a Dirt Bike Out of Impound

I am not a licensed practitioner in your state. However, following Brent R. Hardy, an experienced criminal defense attorney licensed in Texas, below are the steps to get a dirt bike out of impound:

First, contact a local attorney for advice regarding getting your dirt bike out of the impound. The attorney may suggest that you speak to the lot supervisor to explain your situation. Keep in mind that your dirt bike is not impounded by the police but rather under the lot’s supervision.

If you have no title to recover your dirt bike from impound, get a title replacement. Suppose you purchased the motorbike without a title, contact the previous owner to get you the title or get a bonded title.

If your dirt bike has no VIN, you have to replace the VIN because the police consider it a red flag that the motorcycle is stolen. However, a bill of sale and registrations can recover your bike if your VIN is intact.

The next step is to contact your local DMV. You may visit your local DMV’s website for information regarding the recovery of an impounded dirt bike from the lot.

Explain your dilemma at the DMV. If you are polite and humble enough, the DMV might declare your case a contingency.

Contact the impound lot. Of course, you must be polite and humble to earn sympathy. If the lot supervisor is reasonable, they might understand that you are trying your best to get back the dirt bike.

If the attempt to recover your dirt bike fails, consider the “wheels up, gun down” approach. Unfortunately, this approach can get you in a mess with the police. “Bikes up, guns down” is when you visit the impound lot with a group of bikers to retrieve your dirt bike illegally. This campaign occurs yearly, and you might be lucky to get yours too.

On one occasion, the Local 10 News reported many bikers visited an impound lot for Miami police. Those with $150 and proof of purchase redeemed their dirt bikes.

What happens if I don’t get my dirt bike out of impound?

If you can’t recover your dirt bike, it will be auctioned with a court order, and the money goes to the tow/storage company. If your auctioned dirt bike does not cover your bill, the tow/storage company will go after you in court for the difference. The company may not force you for the difference, but you can be charged using other alternatives such as selling your debt to a collection agency.

What is the cost of retrieving a dirt bike from an impound?

Will the impound lot release your dirt bike if you have no title?

Yes. The impound lot will release your dirt bike when you submit your registration.

Why Your Dirt is Bike Towed

When you drive your dirt bike on the street illegally, it will be towed, and you must prove to the cop and the tow lot that you own the bike. Below are reasons your dirt bike gets towed:

Riding on the Road

Your dirt bike will be towed if you drive on the highway and city street. In some neighborhoods, the cops may allow you to ride on streets near houses.

If your bike is a stolen dirt bike, law enforcement can trace it to you and impound it.

A dirt bike can be towed for trespassing.

If your dirt bike is uninsured, unlicensed, etc., it can be towed. The police will mostly impound a dirt bike if they trace it to a crime. 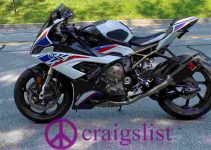 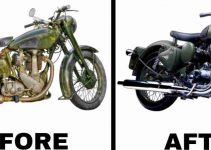 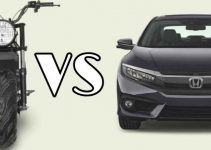