Home
Wild/domestic life
How to Survive a Cheetah Attack

It’s always an electrifying experience at the safari, but you seem worried about the cheetahs, the land’s fastest animals. You’ll learn here how to survive a cheetah attack (if any chance).

Cheetah attacks are not common, and only a few nonfatal attacks occur yearly. Nevertheless, you must prepare for the worst out there in the wild.

The average cheetah is not interested in hunting humans. This does not mean that if you breach its territorial code of conduct, it will not attack you. Most of the time, a cheetah sighting you will walk away as you get closer to it. However, if its cubs are nearby, they will attack you defensively. Also, if you walk up to a cheetah that is feeding, it will certainly attack you.

A cheetah won’t chase you if you walk across its landscape, and that’s because you aren’t on their delicacy menu.

What to Bring on a Cheetah Adventure

You need a first aid kit on a safari tour. Your first aid kit is not a preventive kit, but merely for “if the worst happens”. If a cheetah attacks you, then your kits should reduce fatality until the medics arrive. In most safaris, the tour guide equips themselves with a first aid kit.

Your first aid kits should include the following:

You’re not restricted from bringing your dog to the safari as long as it can handle the animals around. The purpose of your dog’s presence is not to fight the cheetah but to warn against an approaching cheetah(s). Cheetahs are known to be stealthy, and you almost can’t tell when one is coming closer.

Dogs have a better sense of smell and are capable of detecting stealth cheetahs. When the dog barks, it draws your attention early and keeps the cheetah from coming closer.

All dogs may be okay for a touring adventure, but one of the best vigilant and cheetah-repelling dogs is the Anatolian Shepherd. Other watchful dogs include Alaskan Malamute, Bernese Moutain Dog, Brittany, and Rhodesian Ridgeback.

An audio player can save the day when you encounter an attacking cheetah. Typically, cheetahs fear bigger cats like lions, tigers and jaguars. The reason is that cheetahs are threatened by animals bigger than their size. Ensure to have a roaring lion’s tone to keep cheetahs away in case of an attack.

Your vehicle can protect against cheetah attacks. However, it must be enclosed with doors and windows to keep you safe, especially the children with you. A child is more vulnerable to a cheetah attack. While in the vehicle, the attacking cheetah will grow bored and leave.

Water spray can keep an attacking cheetah away. It only works temporarily, but long enough for help to arrive. You may add pepper to hurt the cheetah’s eye.

How to Survive a Cheetah Attack

It’s 95% unlikely that a cheetah will attack aggressively, but anything can go wrong with the remaining 5%. Below are the steps to survive a cheetah attack:

When you encounter a furious cheetah, back away slowly. If the cheetah makes eye contact with you, do not look away, too late. Better if no eye contact was made initially.

Do not back off hastily. Of course, you are dealing with land’s fastest here, so you can’t comfortably outrun an animal capable of 75 mph or 120 km/h. You’re not a gazelle. Do not be timid, be predatory because cheetahs fear attacking predators.

Make sure the cheetah does not come closer. You can scare it with your audio player while keeping it at arm’s length. Grab your player and play the hyena or lion’s roar to instill fear in it. Cheetahs are scared of the bigger cats.

If the roaring audio does not scare the attacking cheetah away, spray peppered-water on its face. You may not need a firearm, especially if it has someone pinned down.

If the cheetah won’t back off, stand your ground and enlarge yourself as much as you can. You want to do what cats do, arch or raise your back to intimidate the cheetah. Make sure to also wave your arms fiercely and yell at it.

If the cheetah won’t go away and no backup yet, yell for help again to draw attention from people nearby. When one or more persons join the party, the cheetah will back off, except a coalition of them (a group of cheetahs).

Do not play dead if the cheetah is standing away from you. However, playing dead may be an option if the cheetah is already on you and you are too weak to fight it. Take a fetal posture, bringing up your knees to your head, protecting your neck with your hands.

While on the ground, do not take your hands off your neck. Cheetahs are intelligent hunters and are known to clamp on the neck of their prey with their powerful jaws, causing them to suffocate.

If the cheetah is already on you, give it a fight. The average human can kill a cheetah, but that is not an easy feat without weapons. Yes, the cheetah is faster and perhaps stronger (depending on its age), but you can beat it.

When the cheetah tries to make contact, kick it hard on the chest. Depending on the impact of the strike, it might have a rethink before getting back at you.

Use your weapon if you are armed and the big cat won’t go away, such as pepper spray. Stabbing it should not be the first option because cheetahs are facing extinction due to human hunting, climate change, and habitat destruction. Nonetheless, if the cheetah is actively attacking you, killing it can be the final resort. Darwinian theory of “Survival of the Fittest” justifies it.

If you have a knife, aim for the cheetah’s neck or eyes. If you are unarmed, aim your fingers at its eyes or give it a powerful punch on the face.

How to Recover from Cheetah Attack

Can a cheetah kill you in a fight?

A cheetah can’t kill an adult human that defends himself defiantly because they are not built for power. Cheetahs are not as agile as lions and leopards and do not have sharp claws like other big cats. They have much smaller mouths and a much weaker bite force. A cheetah could only kill a defiant human if it grasps hold of their neck and the human does not punch or kick it forcefully. Moreover, it would have to be voluntary suffocation and submission to the cheetah.

Will cheetah attack you at first sight?

No, a cheetah will not attack you at first sight unless your presence threatens the safety of its cubs. They are relatively skittish and docile cats. Cheetahs are mildly curious animals that love to jump and lay down on the hood of vehicles. Savannah mornings are cold, and some cheetahs get on cars for warmth. In some safari areas, cheetahs are used to humans and their vehicles.

Always follow your guide’s instructions because your safety is their priority. When on a walking tour, stick to your guide and touring members. Cheetahs will not attack you as a group, because it is outnumbered. Unless the guide confirms it is okay to go closer to the cheetah, maintain your distance and never wander off the trail.

You can always sneak up on a cheetah under a guide’s supervision. Practice how to sneak up on your cat to perfect your skills. Besides, cheetahs are another big cat.

Cheetahs: On the Brink of Extinction, Again. NationalGeographic.org.

How Fast Can a Cheetah Run? Thought.co. 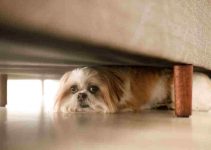 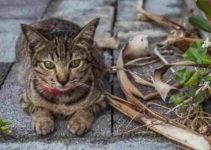 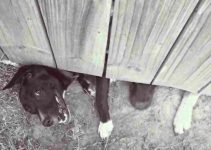