Home
Legal Action
What Happens if You Ignore a Subpoena in a Civil Case?

It is punishable as contempt by the court or the subpoena issuing agency if you refuse to testify in response to a subpoena. The penalty may include a fine, and jail time in extreme cases.

Typically, a hearing is held where you explain your side of the story. The court then has broad discretion to determine a suitable punishment according to the circumstances.

Do you have to respond to a civil case subpoena?

You have an obligation to respond to a subpoena regardless of how disinterested you may be in assisting the investigation. Under federal law, it does not also matter if your response to the subpoena will lead to problems.

It is strongly ill-advised to ignore a subpoena on a civil case. You could instead leverage the following options:

You can withhold any information or documents protected under attorney-client privilege and privilege against self-incrimination. An investigator cannot compel you to disclose information confidentially shared between you and your legal counsel or force you to give up your Fifth Amendment right.

However, there must be a clear plan and documented procedures that ensure compliance when you decide to withhold privileged information or documents in response to a subpoena.

You can challenge and get out of a subpoena on various grounds. The grounds, however, depend on the type of subpoena you are being served (judicial subpoena or an administrative subpoena) and the federal agency responsible for the issuance of the subpoena.

It may be necessary to meet and confer with the investigators before challenging the subpoena. In some other cases, a motion to quash the subpoena can be filed directly in court.

If the investigators do not target you and there are no concerns about protecting privileged or confidential information, comply with the subpoena. Before you give the investigators what they are looking for, seek advice from defense counsel.

Read also: how you can evict renting nightmare neighbors

What happens if you ignore a subpoena in a civil case?

If you ignore a subpoena in a civil case, there is no direct impact on the risk of getting a conviction of the substantive offense. It does not also create a guilt presumption since many factors are at play.

However, ignoring a subpoena in a civil case raises questions in the investigation. Ignoring your testimony or submitting documents suggests that you have something to hide. Instead, you want to submit a compliant response, which protects your legal rights and privileges, and also becomes part of the defense strategy. Ignoring a subpoena could also limit any chances of reaching a favorable pre-charge result.

When you respond to a subpoena, ensure to assert your privileges. Challenge the subpoena to the extent allowed by federal law, in the case of an administrative subpoena, it has to be the applicable agency rule.

At the federal level, a judicial or administrative subpoena can be enforced by a motion to compel. Thus, ignoring your subpoena forces the investigating agency to file a motion to force you to respond.

If the motion to compel is granted by the court, the agency can still file a motion for contempt of court if you still refuse to comply with your subpoena.

To be prosecuted for contempt of court, you do not have to be the inquiry target of the government. A civil contempt proceeding is treated separately. It is a risk when you face contempt prosecution for not complying with your subpoena irrespective of whether you are a witness, suspect, or target in the investigation.

Section 401 and Section 402 do not specify the penalties for contempt of court. However, a defendant can face substantial fines and years of incarceration. The penalties will also depend on the circumstances involved.

The obligation to respond to your subpoena does not merely go away. You risk facing other enforcement measures.

Note that the investigating agents may gather enough evidence to pursue charges using other means. Therefore, ignoring your subpoena in a civil case, and facing prosecution for contempt exposes you to prosecution based on substantive issues in the investigation.

Responding to your subpoena

Responding to your subpoena in a typical scenario involves the following:

Contact a civil attorney or litigator if you have been served with a subpoena in a civil case to advise you on the steps to take. An attorney also ensures that you stand on the right side of the law. However, do not ignore the subpoena no matter what to avoid escalating the problem.

In the case of an inspection, there is a timeframe during which time you can challenge the subpoena. Ignoring it carries severe penalties.

If you do not show up in court on the specified date and time, you can be held in contempt of court, which is finable. You could also be sent to jail or both. 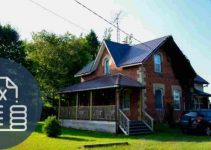 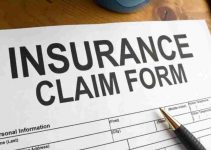 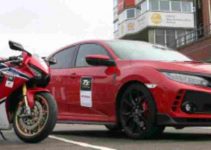