Home
Legal Action
Can a Child Contest a Will if Excluded?

Can a child contest a Will if excluded? It is nearly impossible to disinherit a spouse without their written consent, but a child can be disinherited, except in Louisiana.

Although a parent can disinherit a child, it is not necessarily court-approved. In some states, a child would be disinherited on the grounds that they’re over 23 years of age and is mentally and physically capable of becoming responsible for themselves. An incapable child, due to physical or medical limitations, cannot be disinherited.

A child can contest or challenge a Will if they have been excluded or feel is unfair. Nonetheless, the circumstances surrounding a Will determine the success. In California, for instance, a child has no right to inherit property from their parent, so, a parent can disinherit a child.

This article considers the grounds a child can contest a Will, steps to challenge the Will, and the chances of success.

Can a Child Contest a Will if Excluded?

Yes, a child can contest a Will if excluded or left out. However, the question is, “What ground is the child challenging the Will?” Note that a child has no inheritance entitlement. So, the child will have a challenging case that might be expensive to defend, depending on the executor’s decision.

If a child claims that a parent’s Will is invalid, there must be proof. But if the child was not around, he/she can’t prove that the parent – mother, father, or guardian, was influenced to exclude them from the will or wasn’t competent.

If the jurisdiction laws guarantee a child’s share in the parent’s inheritance, the child can enforce the obligation in the probate court. Otherwise, a parent is not compelled to include a child in a Will, regardless of their age.

A child can contest a Will, but on limited grounds, and being excluded from the Will does not count as one.

What Are the Grounds for contesting a Will if a Child is Excluded?

The grounds for a child to contest a Will depends on the circumstances of Will’s creation. Below are the reasons or grounds a child can contest a Will successfully:

A child can contest a Will if they can prove that the exclusion was a mistake. For example, the testator or owner of the Will thought the child was deceased, meaning they could have included the child in the Will if they knew he was alive. Also, a reasonable name spelling mistake makes a good ground for contesting a Will a child was not included.

If you can prove that the testator was influenced to exclude the child, either by a third party or any undue factor, the Will contest can be successful.

Unfairly left out of a will? Another good ground for contesting the Will is if the testator had no mental capacity to make a valid Will.

If the deceased excluded a child that was financially dependent on them in their Will, a maintenance claim can be requested.

Some other reasons can make acceptable grounds for a child to contest a will if they were excluded.

If the Will does not make a reasonable financial provision, it will be difficult to win the challenge.

When the Will contest is successful, the Will is declared invalid and the deceased becomes intestate. In some jurisdictions, intestacy means a surviving person inherits everything while some jurisdictions allow the child to inherit an equally divided share.

Read Also: Can you refuse to testify in the court?

How a Child Can Contest a Will They Are Not Included

To challenge a Will, one must be hasty because some jurisdictions have time limits for specific claims. For instance, there might be a 6-month limit for filling maintenance claims.

Below are the steps regarding how a child can contest a Will if they were excluded:

Obtain a Copy of the Will

You had considered it worthy to engage in a legal fight after collecting a copy of the Will. Now, get a lawyer. Show the Will to the lawyer and give reasons why you intend to file a legal contest.

Note that the testator can disperse the estate however it pleases them. But then, a valid reason can win the contest.

The approaches are straightforward. First, your ground for the contest must be solid, including that the testator lacked the mental capacity to make the Will, the testator was influenced, the Will does not meet state regulations, making it illegal, etc.

Your lawyer can tell whether the case is winnable, depending on the grounds and circumstance of the Will creation. If the ground is not reasonable, you may still make a statement. For example, if the testator did not pay you for a job done, you can claim costs. Ensure to measure the value of the claim against the costs of making it.

Your lawyer will contest the will if you have the grounds. The objective of the contest is to invalidate the existing Will and enforce a Will that includes the child as a beneficiary.

However, the chance of a child being listed as a beneficiary in the revised Will gets slimmer if they were excluded in multiple revisions.

Sometimes, claims against a Will could be resolved through mediation or negotiation with the beneficiary or beneficiaries of the Will. Nevertheless, a court can rule on the situation.

Read also: No certification is required to become a paralegal

Can a Child Win a Will Contest?

Yes, a child can win a Will contest on reasonable grounds. To win a contest against a Will is not guaranteed, but the grounds of contest factor in the likelihood of a favorable outcome. Clarion Solicitors reported a case of an estranged daughter winning a Will contest after being left out by her father. The adult daughter was awarded $30,000 after the court found that the claimant’s lacking relationship with the father was not her fault. Her success shows that with the proper grounds, a child can contest and win a Will, becoming a beneficiary.

Is an estranged child entitled to my inheritance?

Yes, an estranged child is still entitled to your inheritance, but their entitlement could be smaller, compared to a child who remained close to you. Also, you can leave an inheritance for your child in a testamentary trust.

Can my parents leave me out of their will?

Yes, your parents can legally disinherit or leave you out of their will or trust. Note that an individual is not mandated not to disinherit—they can disinherit their children, as well as spouse, parent, or family member.

who pays to contest a will?

In most cases, the person contesting a will is pays the legal costs of contest. However, if you contest and win, you may be reimbursed for litigation costs from the estate’s assets.

A child has no absolute right to inherit a property, meaning that a parent can choose to exclude or include a child from a Will rightfully.

Before you contest your parent’s Will, seek an experienced probate solicitor’s advice. Make sure to compile a strong case and have good grounds to improve the chances of a successful outcome.

Meanwhile, can a police officer be arrested by another officer? 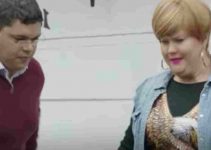 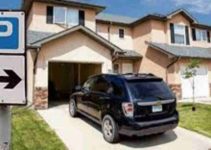