With the heavier motorcycle, I have to psych myself up because it is a bulldozer getting out of the gravel driveway and turning into traffic.

Notwithstanding, the heavier motorbike fits me better (6”) and is less buffeted about on the highway. It also makes for much more comfortable touring.

Read: Tips not to buy a stolen motorbike

Does weight matter when riding a motorcycle?

Yes. You can’t keep riding a motorcycle if you can’t lift it back up. However, weight only matters when you have to deal with low-speed maneuvers and cornering at low speed.

Are Heavier Motorcycles Harder to Ride?

Heavier motorcycles are not harder to ride; they are just different. However, heavier motorbikes require more focus to not tip over at extremely slow speeds. They also begin to self-balance at slower speeds than the lighter motorcycles due to more wheel and tire mass. A bigger motorcycle becomes gyroscopically stable almost instantly when you start rolling. It doesn’t care as much about the weight of your body either. Meanwhile, a small motorcycle can ride more like a bicycle up until 9-16 mph.

I have been a rider of a few motorcycles over the years, lost some to theft, and a few in the garage. Honda is my favorite brand. I quite like the Honda Interceptor line. Some time ago in summer, I came across a barn find 1985 Honda Interceptor 1000. It wasn’t ridden in 25 years and had 14,000 kilometers (less than 10,000 miles). I purchased the barn find, had it inspected for safety, obtained insurance, got plates, and started riding.

The motorcycle was quite a heavy piece of kit. A full tank plus 550+ pounds. When it is stationary, it is a heavy dinosaur. Moreover, I have a 31-inch inseam, so I don’t have all the balance on the ground. When it drops, it’s harder to pick it up. But from 15 km/h, the motorcycle is weightless. It feels stable, and you can maneuver comfortably. Regardless of your age, make sure the heavy motorcycle does not give you a sense of invincibility at high speeds.

From my 1983 CBX 550 F, the mass/weight gives a sense of stability. With a knee stuck out in the breeze, you could corner the CBX 550 F comfortably. Endeavor to shift your butt on the seat while leaning.

In essence, bigger motorcycles are not harder to ride but demand different disciplines to handle.

Read: Is it easy to steal a motorcycle?

Below are common disadvantages of heavier motorcycles:

A heavier motorcycle is harder to maneuver. Touring motorcycles, for instance, are heavy motorbikes that around 900 pounds. When you tack your weight, passenger and luggage, or modifications, you should be expecting to maneuver a 1,000-pound motorcycle.

Suppose you’re a beginner rider still getting used to motorcycle ergonomics, a touring bike is not recommended; begin with cruisers or naked bikes.

Suppose you weigh 75 kg and own a motorcycle of 250 kg, you’ll feel the weight of the motorcycle, especially when lifting it.

You won’t feel the weight of the motorcycle when riding on highways or in low or moderate traffic. So, your heavy motorcycle isn’t hard to ride when you’re in motion.

However, you’ll feel its weight while taking tight U-turns, pushing the motorcycle, or weaving through bumper to bumper traffic.

A motorcycle becomes harder to keep upright between 100 kg and 180 kg when you screw up a variety of low-speed maneuvers.

The equation does not change the fact that heavy motorcycles are quite tough on low-speeds, though. Contrariwise, heavier motorcycles are less likely to get blown about in crosswinds.

Before you set out, make sure to get the best helmet for your passenger.

What is considered a heavy motorcycle?

A motorcycle close to 500 pounds is considered heavy. If the weight is closer to 300 pounds, it is considered lightweight and perfect for beginners.

Benefits of a Heavy Motorcycle

The first benefit of a heavy motorcycle is that it carries extra load easily without affecting the handling.

Otherwise, not many benefits, sincerely. In terms of fuel efficiency and power output delivery, a lightweight motorbike is better.

A heavy motorcycle is thought to be stable at highway speeds, but it’s a mere notion. The stability is typically due to design considerations, other than weight alone.

Heavy motorcycles perform better in crosswind conditions. However, it is believed that it has nothing to do with weight but how manufacturers design their motorcycles to handle the conditions efficiently.

Meanwhile, most leading motorbike manufacturers now focus on weight reduction. They intend to shift from two-wheeled heavy behemoths that weigh 300 kg, lightweight engines coupled with lightweight frames for easier handling. Moreover, it is already the case with the electric motorcycle, which will become the trend in a few years. 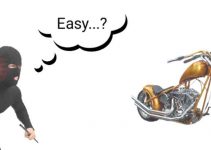 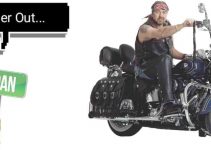 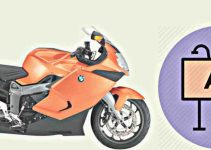