Home
Sneaky and Stealthy
Pickpocket a Phone: What Pickpockets Do

This publication reveals how pickpockets pickpocket a phone from tourists and even locals. Your fingerprint, lock screen pattern, PIN, or face unlock will not stop someone from stealing your phone.

Petty thieves commonly pickpocket phones, which are worth more than the money you may have in your purse. And apart from just stealing it, smarter pickpockets will make the phone untraceable. So, to protect your phone from pickpockets, you need to know their techniques. The idea is to think like a pickpocket to beat them to their game.

You’d wonder, “How do pickpockets steal phones?” There is no rocket science to it though. That said, below are common tricks pickpockets use to pickpocket a phone from their mark:

Here, the thief stalls you. They typically ask for help or falsely draw your attention to something on your cloth to distract you briefly. The few seconds you’re distracted is enough for a pickpocket to quickly swipe your phone.

Note that pickpockets mostly rely on distraction to get the better of their mark (target or victim). A technique like stalling can be used on you if you appear to be in a hurry. The pickpocket knows that your mind is fixed where you need to be and strikes.

Diversion is a common way to pickpocket a phone, and it works by distracting the mark. The pickpocket typically arrives with a tag team or accomplices to create a distraction.

One of the pickpockets will drop an item on the ground (in front of you), expecting you to help them pick it up. While you try to help, another accomplice walks closer and swipes your phone from behind. As you see, your attention was diverted to the item on the ground, making you vulnerable.

As the name implies, the pickpocket makes a run once they have your phone. There’s no diversion trick employed in this method. Usually, the pickpocket approaches its mark and may ask for your favor, like using your phone to look something up or make a phone call.

Read also: protect the gift cards, thieves can activate them

The pickpocket will appear harmless and trustworthy, but once your phone is in their hands, they bolt speedily. Screaming “thief” won’t even help to stop them, as there could be a gang of them around.

In the concealed hand method, a thief uses an item such as a magazine or newspaper to conceal their hand movement. Pickpockets commonly use this trick in areas congested with people, including subway cars and bus stops. The importance of the newspaper or magazine is to conceal the activity from other people.

The bump is another technique used to pickpocket a phone. Here, a random passerby bumps into the mark or target, creating a distraction. The few seconds of the tension building is when the pickpocket snags the phone.

Before this happens, the pickpocket would have already known the location of the phone. As such, if the mark stores their phone in a visible, unprotected place, the pickpocket will snag it up.

This pickpocket technique for a phone is quite complex and involves at least two accomplices. Here, a pickpocket lets themselves get caught by the mark. However, the other accomplice uses this opportunity to steal the phone since the mark’s attention is drawn to the pickpocket caught in an attempt. The first pickpocket has messed with your head, stopping you from thinking about any potential theft.

In many cases, the mark thinks they actually stopped a pickpocket attempt and lets the pickpocket go since they obviously have nothing on them. The mark will only discover later that their phone is gone, but can’t say for sure that the initial person caught in an attempt is responsible.

Your body may know when to wake up if you sleep on public transportation, explains Dr. Marc I. Leavey, a primary-care specialist based in Lutherville, Maryland, and Dr. Ronald Chervin, a neurologist, and director of Michigan Medicine’s Sleep Disorders Center. However, it may not be able to tell when a pickpocket is shopping for a free phone in your bag.

If you sleep on public transportation, you become vulnerable to pickpockets. Usually, at least two actors are involved. One blocks the view of other people while the other swipes your phone while you sleep. If stealing the phone from the bag is difficult, the entire bag is stolen.

Usually, if you keep your bag under your seat with a phone in it, it becomes even easier for thieves.

Keeping the pickpockets away from your phone

For this publication, we only focus on phones. The methods above can also be used to steal other valuables, including wristwatches. Do the following to avoid being pickpocketed:

a. Don’t carry too many things

The chance is that you’re vulnerable if you have too many things on you. You may also be thinking that your phone is hidden in the bag, only for a pickpocket to sight it exposed from afar.

b. Be conscious in congested areas

Pickpockets are common in areas filled with people. The pickpocket also relies on your slip from consciousness to snag the phone. So, it’s important to be aware of the situation and pay extra attention to your mobile phone and other valuables in your pocket.

c. Don’t be the mark

Hundreds of other people going about their business, and you’re all a mark can spot? Why is this? Well, your body language says a lot. If you look lost or show signs of a stranger in the land, the pickpockets around will mark you.

You don’t want all the pickpocket eyes on you. Behave like the average vigilant local or as another rugged pickpocket in search of whom to devour. This way, they won’t make you the mark.

Make sure none of your valuables, including your smartphone, is visible to the public eyes. Don’t also leave your phone in your pocket—handle it.

Pickpockets will try to distract you—it’s their primary weapon. Look out for signs of unnecessary distraction or people walking suspiciously closer to you. If someone accidentally (or not) drops something, call their attention without going for it or just keep going if they’ve seen it.

Consider anti-pickpocketing devices by keeping your phone or wallet in a chained item connected to your pants. You could also use a lock on your bag to keep them from having easy access.

Multiple teams of pickpockets enter to festivals to steal phones and whatever else they can get their hands on. Yes, pickpockets steal phones once you’re less watchful or not safely storing your phone in public.

What do pickpockets do with your phone?

When a pickpocket has your phone, they’ll disable it by pulling out the battery, removing your SIM card, switching the phone to airplane mode, or turning it off. A pickpocket will also try to wipe your phone after stealing it to make it untraceable. To resell the phone or give it a resell value, they’ll have to prime it for an unsuspecting buyer.

What do you do when someone pickpockets your phone?

Call your mobile operator immediately to block your line before the pickpocket/thief uses it. This will prevent the thief from fraudulently using your phone line and your contract’s services. If you know the IMEI (International Mobile Equipment Identity) number of your phone, get it blocked ASAP.

Exclusive: do this if you just found someone’s lost wallet 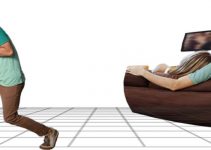 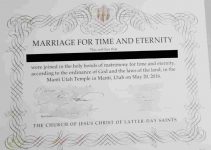 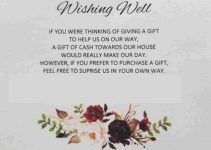