Home
Sneaky and Stealthy
How to Fake Pregnancy with Vinegar Positive

Perhaps, you want to fake pregnancy with vinegar as a prank or a gag. This publication guides you to make it real and believable with just vinegar and a test kit.

The idea of using vinegar is to create a false positive pregnancy result after the test. Apart from faking your urine test positive, you also want to perform episodes of pregnancy symptoms, including spotting and cramping, breast changes, fatigue, nausea (morning sickness), and missed period, according to WebMD.

Following popular opinion, vinegar is generally a reliable homemade pregnancy test solution. However, no medical claims are backing this. We do not also know if vinegar contains the properties that detect hCG (human chorionic gonadotropin) for detecting pregnancy. As such, faking your test with vinegar depends on a potentially false positive result.

You only need the following:

Usually, you’d find 2 types of vinegar in stores—apple cider and white vinegar. And according to popular opinion, you need white vinegar for a pregnancy test. The reason, although inconclusive, is that the pregnancy result is shown and interpreted in the form of the color change of the vinegar solution. Thus, only white vinegar can correctly read the results or, at least, present a false positive to fake your pregnancy with a test.

How to fake pregnancy with vinegar

For some women, vinegar is an established, traditional homemade pregnancy test method. In your case, since you would be faking it, below are the steps to fake pregnancy with vinegar:

1. Prepare the cup/container for urine

It’s not necessary to sterilize your cup, but it just needs to be clean. The goal here is to use vinegar to create a false positive with your test strip by altering the negative result.

Based on positive pregnancy, morning tends to be the best time for home pregnancy tests, according to Healthline, since hCG levels in urine are concentrated after a night without much drinking and peeing.

This does not matter since you’re faking the pregnancy positive with vinegar. However, the idea is to make your pregnancy prank look real, and for your parents, partner, or friends to believe with evidence that you indeed took a test to confirm the pregnancy.

Collect your morning urine in your prepared container. If possible, you can get a pregnant friend’s urine, which will, of course, no longer require vinegar to fake pregnancy.

3. Add vinegar to the cup

According to popular opinion, add 1 cup of white vinegar to 1/2 cup of urine. The reason is for vinegar to alter the test to deceive the test strip.

Since the idea is for vinegar to return a false positive, you want to insert the test strip. If you follow the conventional method of vinegar changing color to indicate a positive result, this will not work because you’re negative. Moreover, your partner, parent, or friend will suggest getting a pregnancy test strip over the counter.

Now, since you already have a test strip, they will be convinced that you’re indeed pregnant.

After 3 to 5 minutes, the test strip should indicate pregnancy positive, following the type of strip you use. Some strips will mark double lines while some will just highlight “pregnant”. Unfortunately, the indicator will not remain for days, so show it to the person you’re deceiving ASAP.

The popular opinion generally holds that hCG in pregnant urine supposedly reacts with vinegar, causing a color change. However, there is no evidence backing this claim. But in your case, we expect vinegar to merely render a false positive since it is not accurate after all. You’ll need multiple strips because your first try may not work.

As mentioned earlier, the common signs of pregnancy include spotting and cramping, breast changes, fatigue, nausea, and missed period. You just have to fake the symptoms above or just lie about it. For example, you can complain about having morning sickness, which is nausea, or lie about missing your period.

Other pregnancy symptoms you can fake for this prank or gag include:

Normally, frequent urination in pregnant women starts around week 6 or 7 after conception due to hormonal levels. Just pee frequently, especially when the person you’re faking it for is nearby.

Higher levels of the hormone progesterone usually make someone constipated. Due to progesterone, food will pass more slowly through your intestines. To fake constipation, drink plenty of water, and eat high-fiber foods.

Mood swings are common during the first trimester and are related to hormonal changes. To fake mood swings, you have to be switching from feeling happy and upbeat to feeling sad, irritable, or angry. Of course, those or the person you’re faking the symptoms for the need to be present to think you’re positive.

d. Headaches and back pain

Pretend to have mild headaches and back pain. You can dramatize stomach aches to make your vinegar-made positive pregnancy believable.

Well, after the whole drama, here’s how you come out of the lie without hurting the person.

Can you add vinegar to a pregnancy test to make it positive?

When you add vinegar to urine in a pregnancy test to make it positive, you may get bubbles or even a change of color. Basically, you’re adding a yellow substance (urine) to a clear/white one (vinegar). However, the reaction you get does not confirm the presence of hCG. 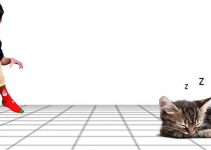 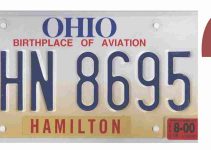 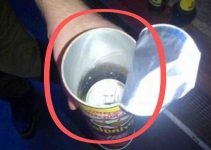