Home
Fakes
How to Fake Stomach Pain for Work, School or Meeting

You should know how to fake stomach pain to get out of something – school, work, meeting, or hanging out with friends. A simple stomach ache will do the trick because nobody has evidence that you don’t have stomach ache symptoms.

You can fake stomach pain just by displaying the symptoms. However, you need to make your performance convincing and believable enough.

How to fake stomach pain

Do the following to fake stomach pain for parents, school, friends, or colleagues:

According to the Mayo Clinic, the general signs of stomach pain include:

However, you can’t exhibit all these signs, just a few basic ones since you’re faking them. Just talk about stomach ache symptoms and complain that you are sick to your stomach. Talk about having diarrhea and throwing up.

When faking stomach pain, you need to skip eating eggs and bacon in the meantime. You can stuff them in your room to eat later. Just say you can’t eat because your stomach hurts.

Fake the pain. You need to hold your stomach or rub it gently as if you’re trying to alleviate the pain. Rub your belly gently as if it hurts badly. You can moan lightly regularly. But don’t moan if you’re at work already.

3. Rush to the bathroom frequently

While faking stomach pain, you would be showing symptoms like diarrhea and vomiting. You need to fake going to the bathroom often, especially when the person/people you trying to deceive are nearby.

Just grip your stomach, cover your mouth, and rush to the restroom. You can fake the vomit sound by:

Don’t stay too long each time you use the bathroom. You could use the bathroom about 2-3 times within an hour – not too many times. If you’re at work, just run to the bathroom frequently, especially when and where the manager can sight you.

4. Combine another type of sickness

You could combine other sicknesses such as fever. Fever often accompanies stomach pain, so try to fake it to make your fake stomach ache to look real. Try to warm yourself by placing a warm cloth on your face. You could also completely cover your head with a blanket for some time.

If a thermometer will be used on you, you can make it read warm by running. Otherwise, drink warm water to heat your mouth before having a temperature check in your mouth. If the check will be conducted on any other part of your body, try running around to heat your body.

You should also add chills. When faking stomach pain, you need chills alongside, especially if you faked throwing up. Try to shiver or burrow under a blanket to get your body warm. If you’re already at work, school, or a meeting, rub your arms and put on a sweater as if to get you warm.

Exclusive: so we recently published about felons obtaining passports

You want to act like you do not have the energy to make your fake stomach ache realistic. Generally, stomach ache drains you. Try to fake being drained and powerless. Pretend not to be able to move at all. Act as if getting up from the bed is too draining. Make sure not to get any sudden burst of energy to prevent others from getting suspicious.

You need to tell only one story to make your fake stomach pain believable. For instance, if you begin by claiming that the stomach hurts in one area, don’t later make people think the pain is moving around.

Changing your stomach pain story can make people suspect that you’re faking it. You can request something that helps an upset stomach, like medication for it. Just ask, “Is there anything here for stomach pain? I feel really bad and will throw up.” If you’re at work, make popping tums or ask your coworkers for medications – of course, they wouldn’t one since they don’t go about with stomach medication.

See this: WhatsApp: how to know who froze their last seen!

You need to stall for time to buy time for you to get out of that place or don’t want to go or things you don’t want to do, such as hanging out, attending a meeting, going to work, or attending classes.

Just stall – in bed or bathroom – until you miss the bus. You could even stall at the start of breakfast, just make sure to stuff some in your room because you’d get hungry later. When you are home-free, get yourself the stuffed food to eat.

Do not perk up immediately though. Sometimes, you may still end up doing what you had to do, only that you’ll do it late.

Read also: have you fake tattoos to get rid of?

Before you go, take look at this:

Airbnb: you may throw a party booking one 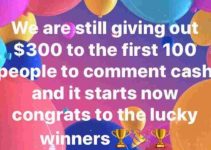 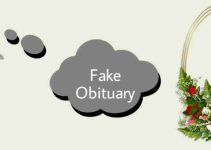